This website and Natural Climate Change, 911 New World Order, and gangstalkingmindcontrolcults.com are “digital libraries” that provide information and educational resources to the public free of charge.

Particularly pertinent to this website and this topic is the extended series of articles I wrote between 2011 and present, entitled Is Crestone/Baca, Colorado The “Vatican City Of The New World Order?” An Expose Of The New World Religion” which currently has 12 chapters and 98 Appendices. If this extended series were to printed, I’m sure it would be well over 2000 pages long.

My music website, erickarlstrom.com, includes my 5+ hour “Lifeline: Essential Insights and Healing Music For Illegally Targeted Citizens” as well 20 of my CDs (featuring guitar, banjo, vocals, and piano) and my one DVD movie, “An Awakening Journey: Songs and Voices From The Earth”. 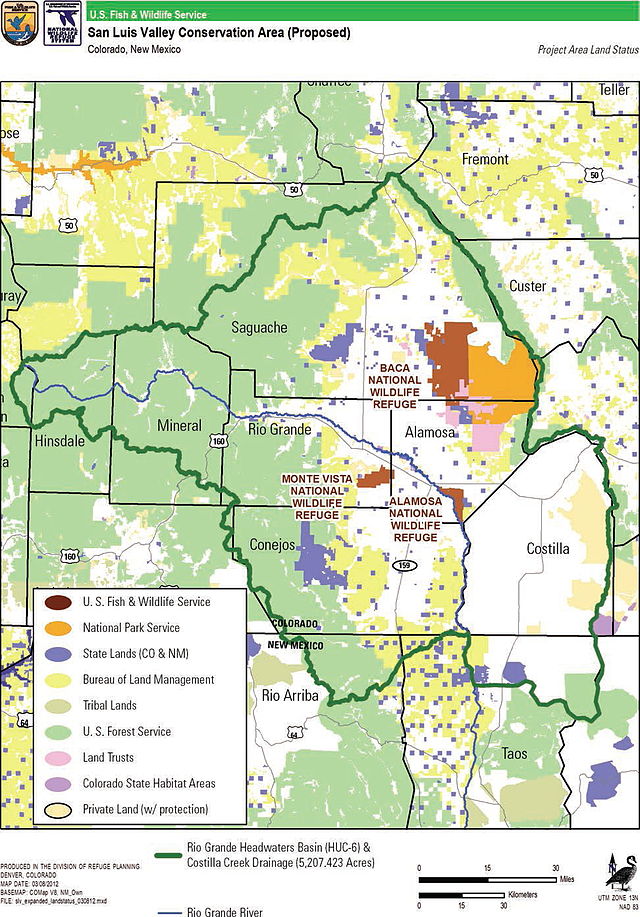 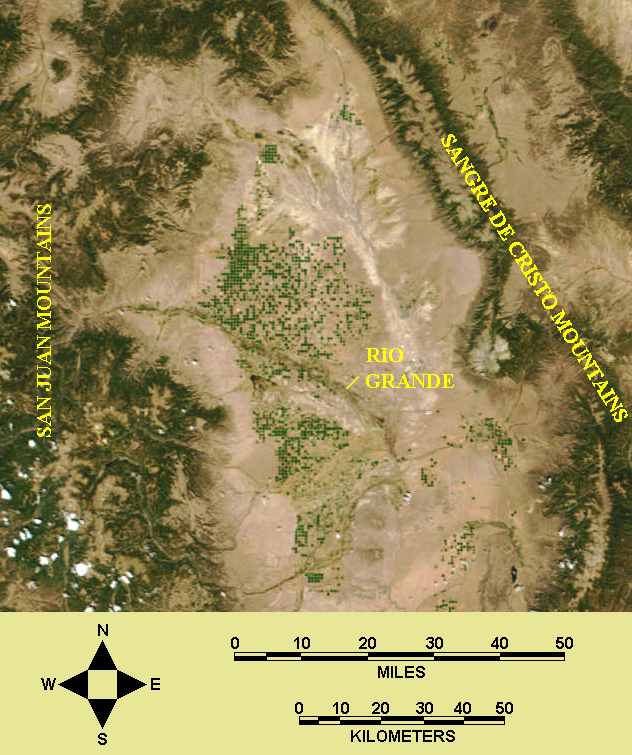 In 2007 and 2008, I took a sabbatical leave from my teaching position at California State University, Stanislaus to study some aspect of renewable energy, such as the potential for solar power production in the San Luis Valley, Colorado, where I had built a home. At that time, I was a Full Professor of Geography and the courses I taught included Climatology, Geomorphology, Introduction to Physical Geography, and Human Ecology. During this same interval, however, our Crestone/Baca community learned that a Canadian gas exploration company, Lexam, Inc., had applied for permits to drill three 14,000’ gas test wells on the nearby Baca National Wildlife Refuge. Concerned that gas drilling on the new Wildlife Refuge might cause serious environmental damage, I joined a group of volunteers to help write “Best Management Practices” stipulations that would be incorporated into Lexam’s drilling permit.

As this work progressed, our small group quickly realized that:

1) the enormous freshwater aquifer underlying the San Luis Valley is far more valuable than any potential gas that might be discovered here, and

2) leakage and pollution gas operations could pollute the freshwater in our aquifer. So our group adopted the name: “Water Water Alliance.”

By the end of my sabbatical year, I assembled the research I had completed on issues surrounding the Lexam gas play on a website entitled www.waterwatchalliance.us. These topics included “Background on Lexam’s “drillplay”’, “The Rio Grande Basin and San Luis Valley Aquifer,” and “Geology of the San Luis Valley: What Priceless Treasures Lie Buried Here,” etc.

Web developer, Carolyn Victoria, helped me develop this website (www.sanluisvalleywaterwatch.com) in the fall of 2016. This site includes many of the articles, interviews, etc. from my www.waterwatchalliance.us website. This new website will also include a series of interviews with local residents and government officials that will focus on current water issues in our beautiful and still relatively pristine San Luis Valley.

During our first podcast interview (10/15/2016) with local ranchers, Thad and Sue Englert and former San Luis Valley Water Commissioner, Tim Novato, I shared some of the rather astronomical estimates of the monetary value of the San Luis Valley aquifer. In “The Last Ranch,” Bingham (1996) stated:

“ In 1986, AWDI (U.N. potentate, Maurice Strong’s, American Water Development, Inc.) applied to the Colorado State Engineer for the right to pump from under the Baca (Ranch) 200,000 acre feet ofwater annually, which considering some Western cities were paying from $6,000 to $10,000 an acre foot, worked out to gross cash flows approaching $2 trillion a year.”

“Geologic/hydrologic studies from the mid-70’s conclude that sediments underlying the San Luis Valley contain one of the largest freshwater aquifers in North America. Indeed, the confined aquifer here is estimated to hold 140+ million acre-feet of recoverable water that is worth an estimated 773+ trillion dollars!”

Picture this incredible situation….. A priceless water resource lying just beneath the surface of the parched, wind-swept true desert of the San Luis Valley… So I continued this train of thought in our first interview podcast….

“Meanwhile, our sparsely-populated Saguache County, with a population density of about 2 people per square miles (6000 people living in county that covers about 3000 square miles) is one of the poorest counties in Colorado.”

Half-jokingly, I then speculated: “We could be invaded!” To which another panelist immediately responded; “We already have been.”

We have already been invaded?! By whom, why, when, where, and how? These and other related issues are explored on this website.

In 2013, I realized that I am a “targeted individual.” The “gangstalking-civilian targeting program” is a secret and extremely cruel way for corrupt governments and their controllers to “neutralize” competent opponents of their satanic New World Order. The “program” according to Mark M. Rich (The Hidden Evil: The Financial Elite’s Covert War Against The Civilian Population, 2008), is actually a “cleverly disguised form of torture and murder.” It is also one of many, many forms of “unconventional warfare” waged covertly by governments against their own citizens. Since “the program” deprives “targets” of the civil liberties, “perpetrators” of the program, or “surveillance role players,” crisis actors, street thugs, special operations forces, etc., are guilty of treason.

Based on my experience and research (please see my website: ganstalkingmindcontrolcults.com, I conclude the United States of America has been captured and is now controlled by agents of foreign powers. Certainly, this is true for the San Luis Valley and Crestone/Baca, Colorado.

My research and experience indicates that Crestone/Baca is a “beachhead” for the principle “5th column groups” (UN, UK, the corporatocracy, international financiers, etc.) that have overthrown the USA, are staging this current communist revolution, and stand to profit from her destruction. 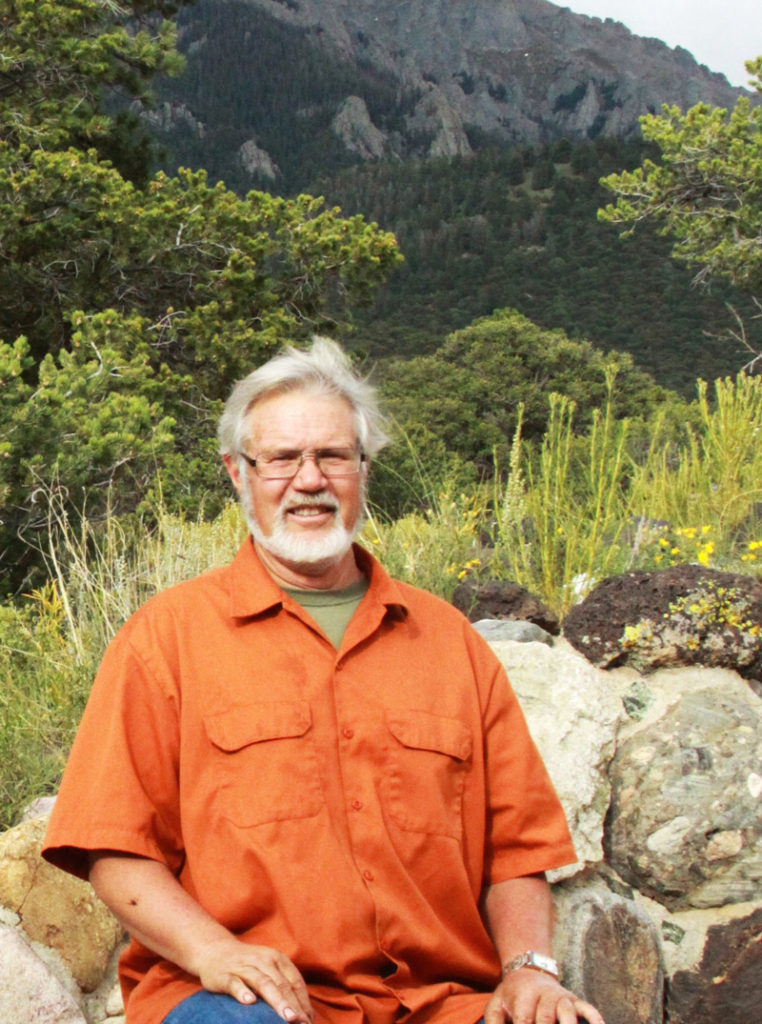 Eric Karlstrom came to California State University, Stanislaus in 1990, after five years as an Assistant Professor at Northern Arizona University, one year as a Visiting Professor at The University of Kansas, and one year as an Adjunct Professor at the University of Wyoming. At CSUS, in addition, to teaching physical and environmental geography courses (Geomorphology, Climatology, Introduction to Physical Geography, Human Ecology), he has also taught courses cross-listed with the Geology department (Geology/Geography of Soils, Physical and Environmental Geology), and an honors course (State of the World: The Environmental Perspective).

Throughout his career, Dr. Karlstrom has continued his research program in field and laboratory analyses of soils and geomorphology as means of reconstructing Quaternary paleoclimates (climates of the past). This research has involved field investigations in Montana, northern Arizona, Kansas, Wyoming, Alberta, and British Columbia. In the 1980’s, Karlstrom served as an officer (Treasurer) of the American Quaternary Association. He has served on numerous university committees at CSUS and has served as advisor to various student clubs, including the Ecology Club and Students for Social Justice and Peace.