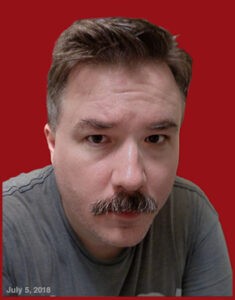 In today’s show originally broadcast on January 25 2022, Andy is joined by Dr. Eric Karlstrom, for a show entitled, “The Revelations Of Canadian Targeted Individual Stephen O’Keefe.”

We discussed: Eric’s recent summary article from his gangstalkingmindcontrolcults.com website which proves that gangstalking-electronic torture is neurowarfare, hybrid warfare, and state-sponsored terrorism against “dissidents” and other innocent civilians; his “Lifeline: Essential Insights and Healing Music For Illegally Targeted Civilians” project, that also attempts to explain and summarize this complex, covert military weapons system; we listened to 6 tracks from the “Lifeline Project” which feature testimony of brilliant Canadian Targeted Individual (TI), Stephen O’Keefe; how the brains of TIs are wirelessly monitored; how virtual telepathy (VT) works and what (crimes) it can make you do; Canada’s long history of re-patterning peoples’ brains; the benefits of staged, domestic terrorism events to the elites; how and why TIs are targeted; how these staged false-flag terror events/surveillance productions are used to take down society; what the huge data centers have been built for; how this “electronic battlefield” system is a probable source for “mass formation psychosis;” the revelations of former Mossad Agent, Victor Ostrovsky, including when an Israeli journalist called for his assassination on Canadian television; and many other topics.